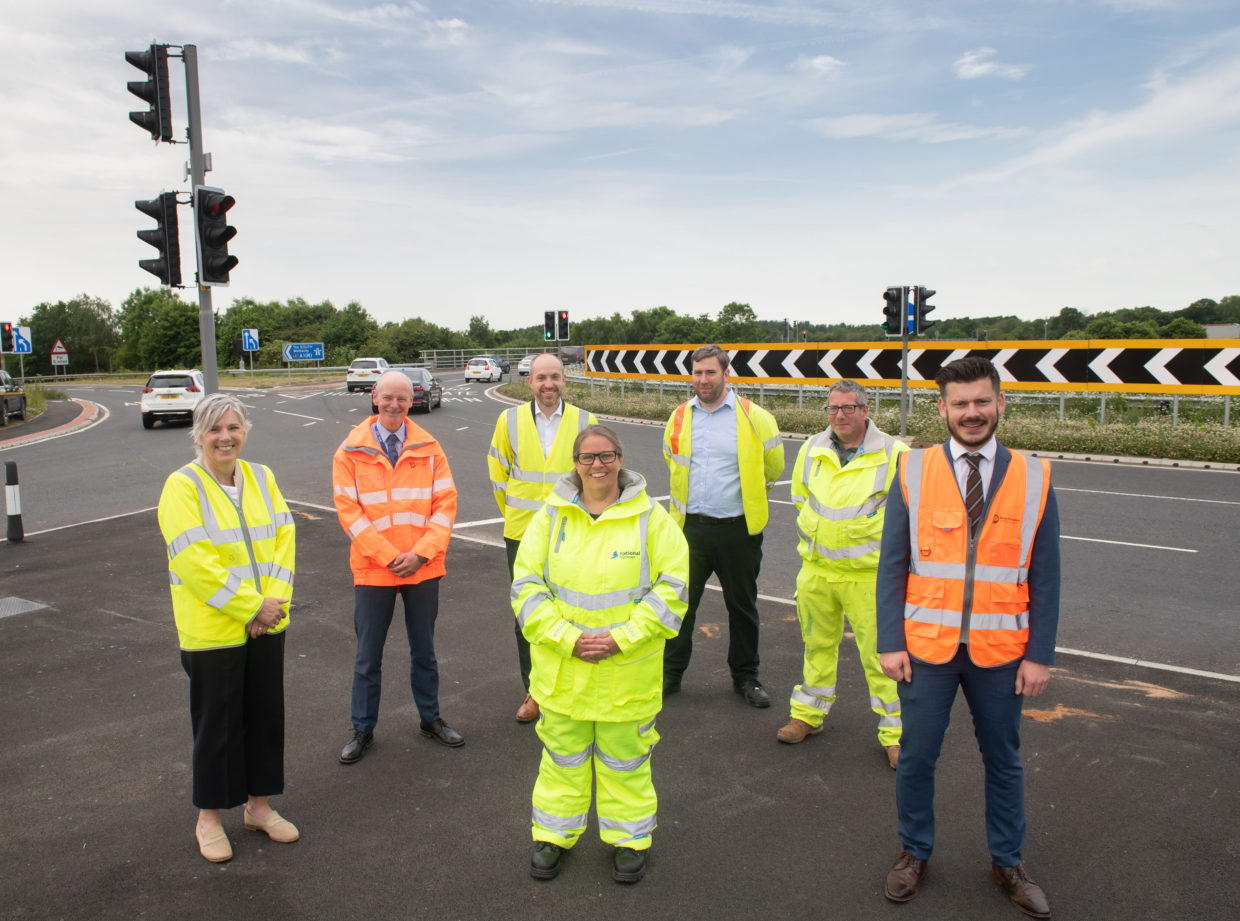 Business leaders have praised a recently completed Farrans Construction project – a multi-million pound upgrade to one of North Yorkshire’s busiest junctions to help tackle traffic tailbacks and attract new enterprise to the county.

The upgrade to Junction 47 on the A1(M) is already having huge benefits for commuters, residents and holiday-makers amid the summer tourism season around two months after the major highways scheme was completed.

The improvements aim to boost transport links on both the dual carriageway, as well as the A59 running east to west and serving key destinations including York, Skipton and Lancashire.

The county council’s executive member for highways, Cllr Keane Duncan, said: “The upgrades to Junction 47 have made a significant difference, reducing congestion and improving road safety.

“The scheme unlocks future growth in and around Harrogate, with the changes helping to manage significant residential and commercial development anticipated along the A59 corridor.

“We are proud to have worked together with public and private partners to deliver this key improvement for the benefit of residents, visitors and employers.”

“It is always a good feeling to see a completed project and to have been involved from the start, to see the concepts and ideas coming to life in a way that will have a significant positive impact for road users in this area.

“We have worked closely with our client, North Yorkshire County Council, the scheme designer, Aecom and National Highways to deliver this key infrastructure project which will allow traffic to flow more efficiently, increase the capacity of the network and improve safety.

“Our teams are delivering  a number of major roads and bridges projects throughout the UK and Ireland at the moment, including Gull Wing bridge for Suffolk County Council, National Highways Nottingham Junctions and Great Yarmouth’s Third River Crossing. We have also recently opened the A92/A96 Haudagain improvement project to traffic for Transport Scotland in Aberdeen and are on site to begin work on the new Govan to Partick bridge in Glasgow. In the last month we have opened a new office in Leeds city centre, establishing our commitment to building long term partnerships with clients, consultants and supply chain in the midlands and the north of England.”

Harrogate District Chamber of Commerce is one of the largest business organisations in the Harrogate area. It is a major employer of local people, many of whom use the major A1(M) junction on their daily commute.

Chief Executive David Simister, said: “The investment has certainly made a big difference to traffic flow at this major traffic intersection.

“Having used it on a number of occasions since its completion, it is not only benefitting commuters exiting the A1(M), but also those accessing it as well as those travelling along the A59.

“Improving transport links to and from the Harrogate district will benefit business too, which is particularly welcomed by me and my Chamber colleagues.”

The scheme involved the widening of three of the four slip roads onto and off the roundabout to increase capacity, as well as a number of junction improvements.

Traffic signals have been installed on the roundabout to improve traffic flow and added to the T-junction between the A168 and the A59 a short distance from Junction 47 on the York side to benefit drivers turning onto the A59 and to improve safety.

To the west of Junction 47, between the A1 and the Flaxby roundabout, a lane has been added for traffic travelling east, so there is two lanes in each direction between those two roundabouts.

The project has been supported by £2.47m from the Government’s Local Growth Fund, secured by York and North Yorkshire Local Enterprise Partnership (Y&NY LEP), along with contributions from North Yorkshire County Council, National Highways and the developer, Forward Investment LLP.

Senior officials at Harrogate Convention Centre (HCC), which hosts an estimated 150,000 conference and trade delegates with an economic impact of £35m on local hospitality businesses on average each year, have also welcomed the junction’s upgrade.

Venue Director Paula Lorimer said: “With year-round conferences, meetings, exhibitions and concerts, HCC attracts people from all over the country and Junction 47 is used by a large number of visitors to Harrogate.

“We welcome the upgrade as it has significantly reduced congestion and improved road safety for our visitors.

“For event organisers, access, especially road and rail links, ranks as one of the top influencing factors on venue and destination selection, together with location and price, according to a recent British Meetings and Events Industry Survey.

“The shortened travel time strengthens our competitive advantage and will help us bring more large-scale events to Harrogate.”

The challenges encountered on this complex project have increased the cost, which was approximately £10m in September 2021 compared with an original budget cost of £7.7m.

The delays were caused by the discovery of a protected species, great crested newts, as they legally had to be relocated, as well as poor ground conditions on the southbound slip road. During the coronavirus pandemic, operatives had to comply with secure site procedures which also extended the timescale.

The latest estimated costs are the subject of detailed discussions with the county council’s contractor and will be publicly available once they have been agreed. 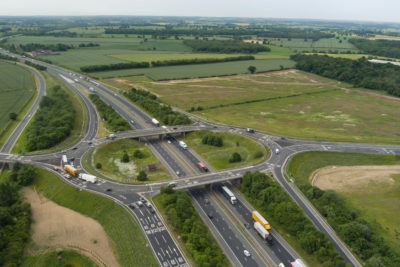