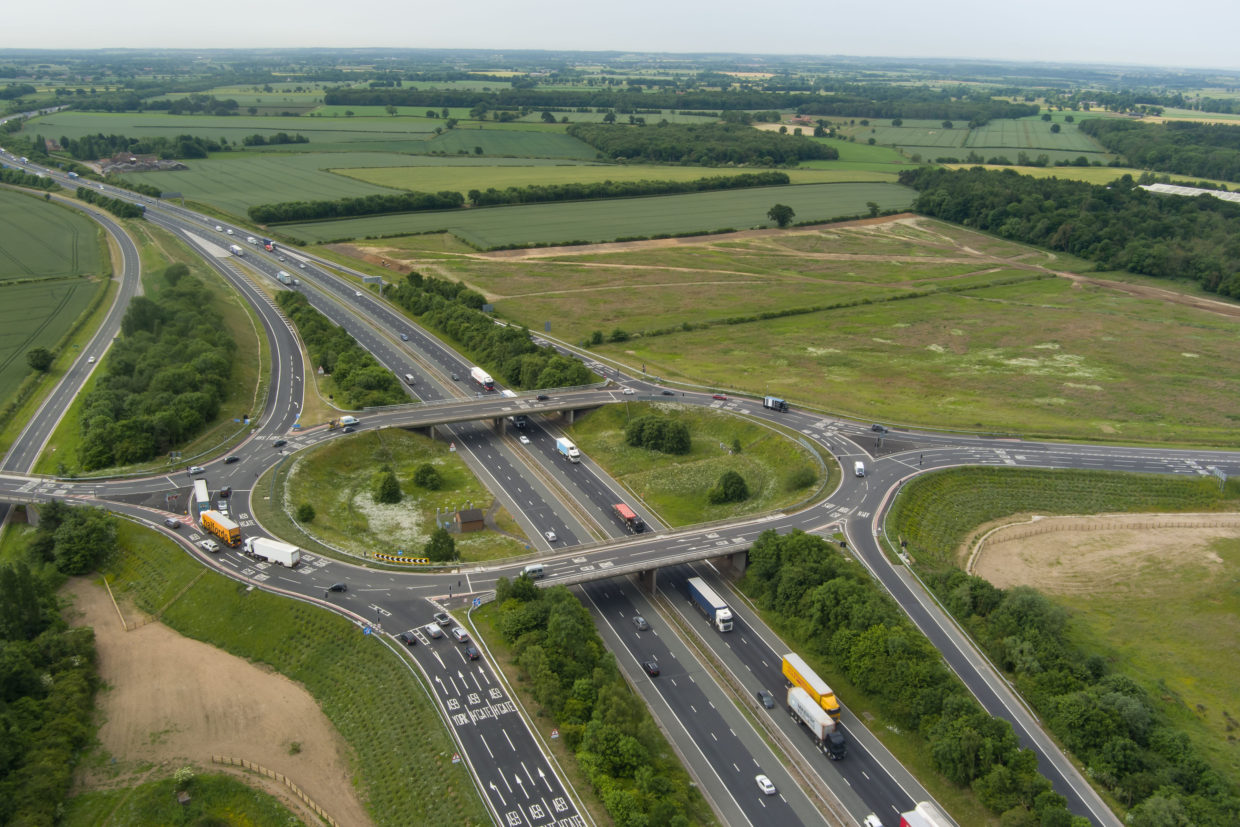 We are delighted to have won the Best Highways and Transportation Project at a recent CIHT Yorkshire and Humber event for our delivery of Junction 47 A1M for client North Yorkshire County Council.

The £10m project involved widening of three of the four slip roads onto and off the roundabout to increase capacity as well as a number of junction improvements.

Since its completion earlier this year it has boosted transport links, reduced journey times and increased road safety.

The project brought together investment sources supported by regional / national public and private sector partners from the Local Growth Fund, along with contributions from the County Council, National Highways and developer Forward Investment LLP.

“We are pleased to have been successful at the CIHT awards with a project which has already had a significant impact for travel in the region. We worked collaboratively with our client, North Yorkshire County Council, AECOM and National Highways.

“We want to leave a positive lasting legacy and throughout this project we have created 40 new jobs during construction, spent 50% with local supply chain, had 52 apprenticeship weeks and 8 weeks of summer placements. We have also planted 6,543 new native trees and plants and over 97% of our waste has been diverted from landfill.”

“We are really pleased that the multi-million pound improvement scheme to Junction 47 has been recognised in these prestigious awards. It is one of the busiest junctions in North Yorkshire and since the scheme was completed earlier this year we have seen a significant difference in reducing congestion and improving road safety.

“It represents a successful collaboration between the county council, Farrans, AECOM and National Highways in overcoming difficult situations without major delays to the travelling public during construction on this key route which unlocks future growth in and around Harrogate.”

AECOM was the Designer, NEC Project Manager and Supervisor for the scheme.