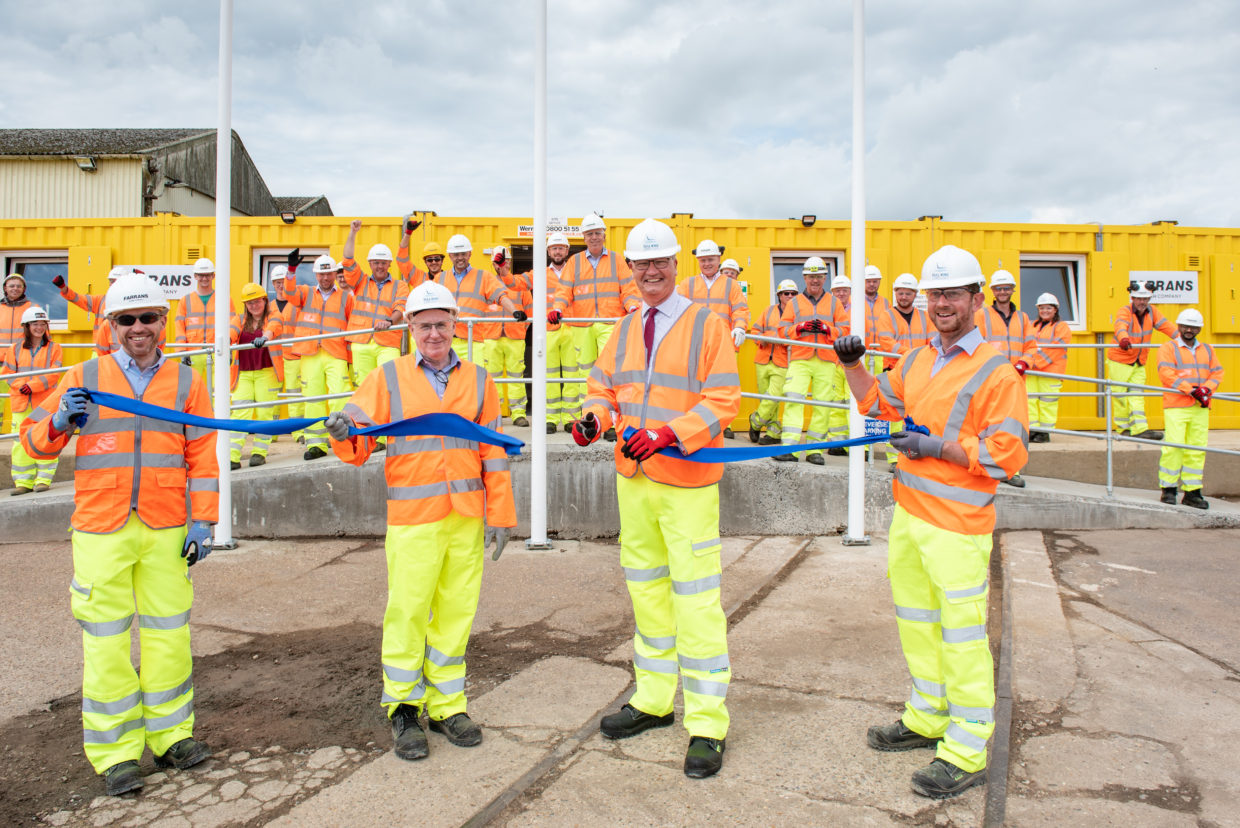 The offices were formally opened by Councillor Matthew Hicks, leader of Suffolk County Council, who was able to make his first Covid-secure visit to the site, since construction began.

Ground preparation and site clearance began in April 2021 with some demolition and the breaking up of concrete across the site, material which will be reused for the piling platforms for the bridge.

Those piling works are now underway, which is the preparation for installing a number of foundations that are needed on both land and in the water to support the bridge, some up to 60 metres below ground level.

Having been given a guided tour of the site, Councillor Hicks said:

“It’s impressive to see how much work has been accomplished on the ground in just four months. It’s one thing seeing the plans for the Gull Wing on paper but being up-close and experiencing the size of the engineering task first-hand, it’s quite awe-inspiring.

“By opening the offices today, we have reached another milestone in the Gull Wing’s story. Our project team at the county council now has an on-site base to work from, directly alongside colleagues from Farrans, which will make meetings and communication easier.

“I really do appreciate the support of local residents and businesses as we progress with the Gull Wing. I understand that works in the road and noise can be inconvenient, but we’re working hard to make sure that we support local businesses where we can and that we communicate regularly with local residents to keep them updated with the latest developments.”

“We are making excellent progress and I am sure that the Suffolk community has been able to see the increase in activity on site. As a company, we always strive to leave a positive, lasting impact in the areas that we work and we have been pleased to welcome a number of new staff and apprentices into our team who all live nearby.

“We have been working closely with our local supply chain, including Eastern Marine Services who are providing a large range of equipment and support services associated with the marine works. We have also been pleased to announce a charity partnership with East Anglian Air Ambulance Charity, an organisation which saves lives and benefits the whole region.”

The project is about to commence the works in the water, with installation of the dolphin piles (protection for the bridge and boats) and then starts work on the piers in the water.

If you have any comments or questions regarding the Gull Wing, you can contact the project team at info@gullwingbridge.co.uk or on 01502 512779.