The Aurora Aquatic centre is the first Olympic standard swimming pool to be built in Northern Ireland. 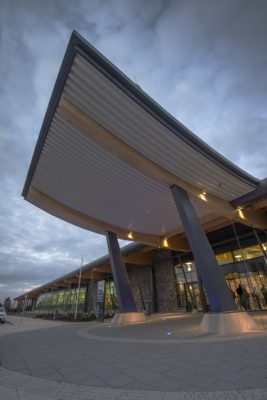 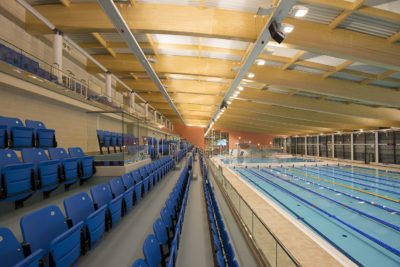 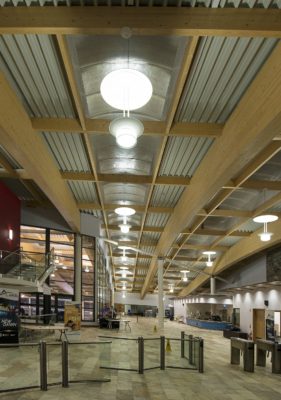 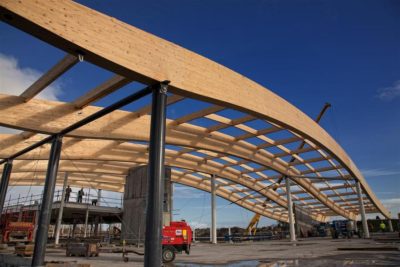 The striking building features glulam beams spanning the full 70m width of the building, and is home to a wide range of facilities including:

The buildings which were previously on site were painstakingly dismantled by hand in order to salvage masonry elements which were of archaeological significance.

An expert in historical landscapes was commissioned as part of the design process to integrate the design into the historical demesne, including the recently restored Victorian Walled Garden.

The bold design included feature areas of natural stone which was a reference back to other walls and structures which were previously on site.

The project included a CHP (Combined Heat and Power) unit which allows the building to locally generate its entire heat requirement, and some 65% of its own electricity requirement. The building also recycles rainwater from 6,800 m2 of the roof for WC flushing.