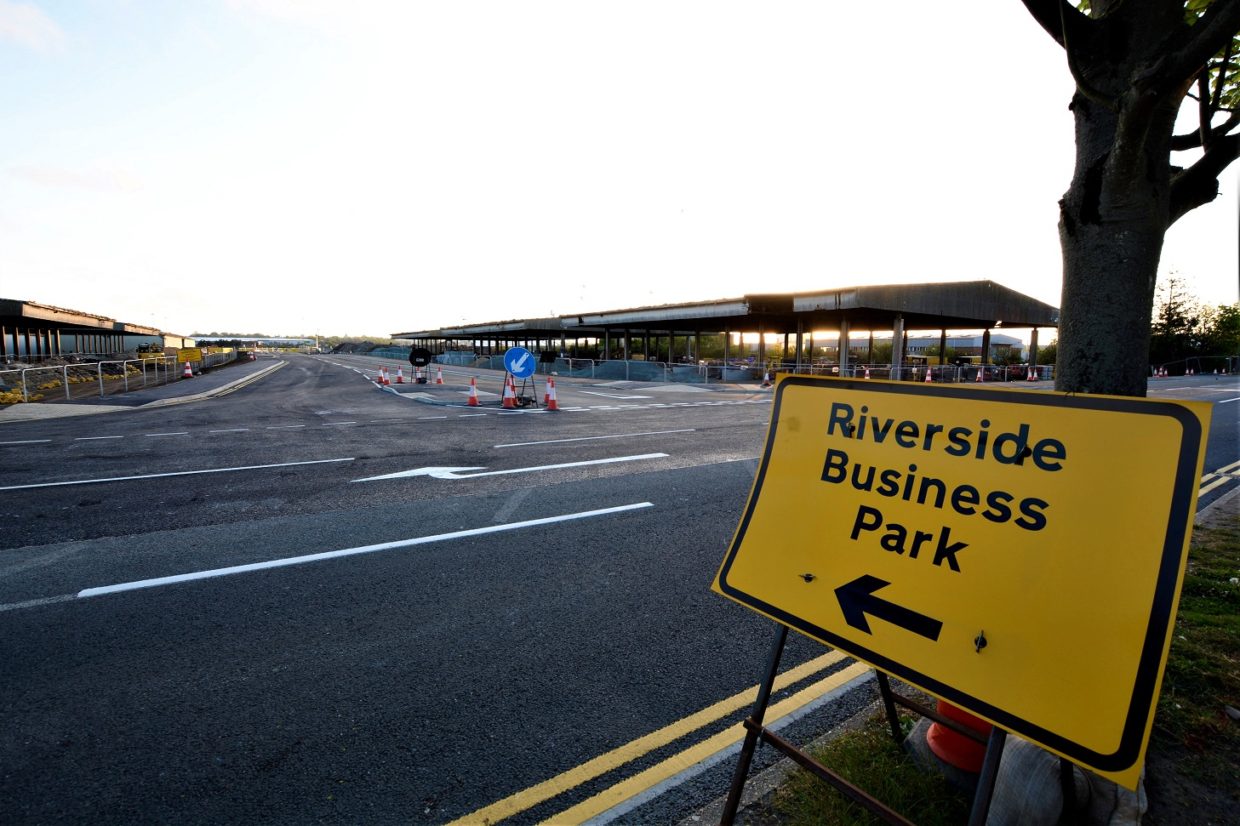 Construction of the Gull Wing bridge in Lowestoft has reached another key milestone with the opening of a new access road.

The bridge is being built by Farrans on behalf of Suffolk County Council.

The road is named after Colin Law, who was leader of the former Waveney District Council for six years until his death in May 2017. He also served as a Suffolk county councillor.

The opening of this road will allow work to progress on construction of a new roundabout and the southern approach embankment for the bridge.

Motorists are advised it will mean the existing Riverside Road route into Riverside business park will be closed to traffic from 6am on May 9.

Access into the business park will be only from Colin Law Way, altering local traffic flows. Most construction traffic associated with the Gull Wing Bridge project will also use Colin Law Way.

Councillor Richard Smith, Cabinet member for Economic Development, Transport Strategy and Waste, said: “The opening of Colin Law Way is a significant development in the construction of the Gull Wing bridge.

“While work progresses on the bridge itself, what is also important is building the supporting road network

“Once open the bridge will divert through-traffic away from Lowestoft town centre, reducing pollution and improving mobility for motorists, cyclists and pedestrians for many years to come.”

It will sign traffic from Riverside Road, down the A12 (Tom Crisp Way) to the Bloodmoor Roundabout, and exiting on Elm Tree Road through to Cotmer Road

Road users can then follow the A146 (Bridge Road) to join Victoria Road and use this to access Waveney Drive and Colin Law Way from the west.

Lings Motor Group will now have a new permanent access at the eastern end of Waveney Drive, adjacent to the Tom Crisp Way roundabout.