Working alongside Graham in a JV, we completed the design and construction of the 14.7km long dual carriageway, beginning at the western end of the Toome Bypass and ending at Castledawson Roundabout, with 8km of access roads. 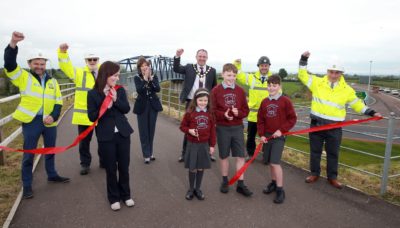 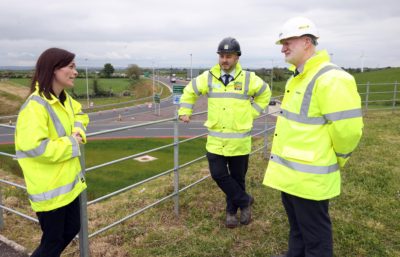 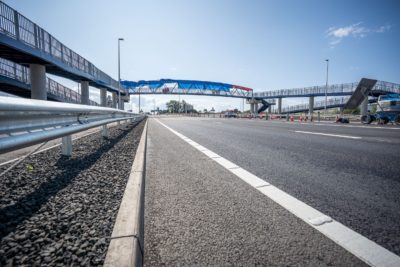 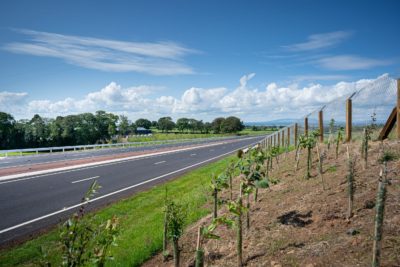 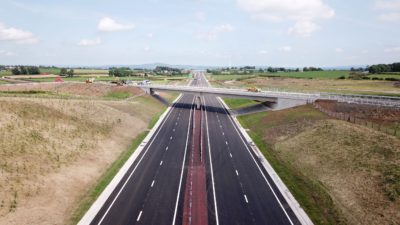 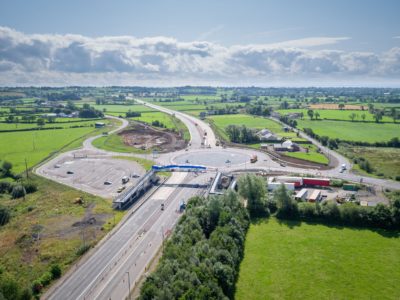 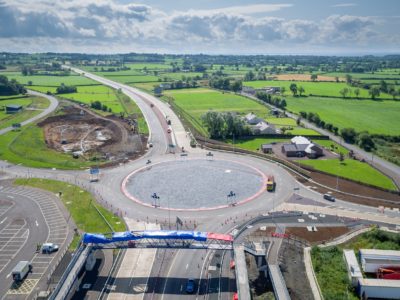 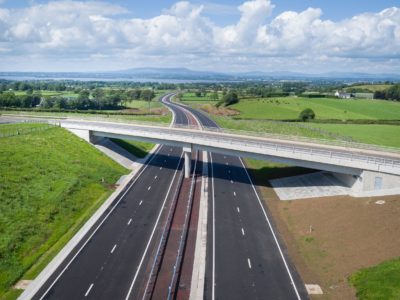 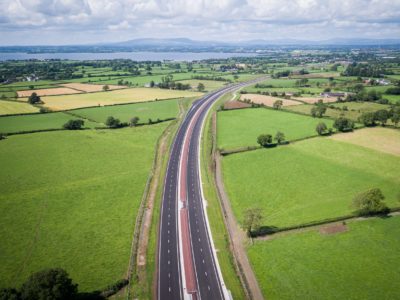 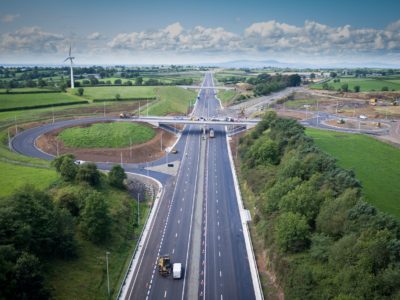 The project was delivered in two phases. The first phase of the £135 million A6 scheme, delivered by the GRAHAM/Farrans joint venture (JV), was officially opened in September 2019 and the second in June 2021.

The A6 is a strategically important route, connecting the North-West to Belfast and beyond. The construction of the flagship roads scheme contributed to the economic development of the region, bringing long-term benefits to road users and local communities. It also helped to secure jobs in the construction industry, with the vast majority of the construction spend going directly to the local economy.

The scheme was a welcome addition to Northern Ireland, reducing congestion and journey times for the 20,000 vehicles per day which travel along the route.

This project required significant stakeholder management as the offline sections of the project crossed the private land of 132 landowners. To manage this our stakeholder manager chaired monthly meetings with landowners in addition to preparing information materials such as leaflets and online news bulletins to ensure that all stakeholders were kept up to date on the project.

The A6 project also passed along the fringe of a traditional Whooper Swan winter feeding site of international importance, located immediately to the west of Toome. To ensure that we did not disturb the swans we established a Whooper Swan Working (WSG) Group with key stakeholders such as Department of Agriculture, Environment and Rural Affairs (DAERA) Countryside Management, DAERA Conservation Designation & Protection Compliance team, the University of Exeter, Whooper Swan Consultant, RSPB, WWT, DFI Roads, Aecom and ourselves to explore options for habitat enhancement to improve the long-term viability of the Whooper Swan winter feeding site.

Works were programmed to stop while whooper swans were in the area. The Whooper Swans would arrive from Iceland in September and Winter in the area until March when they return to Iceland.

A project of this size and significance requires partnership working across a number of organisations to ensure it runs smoothly.   The job of constructing a major piece of Infrastructure is no mean feat and Graham Construction and Farrans, worked together in a Joint Venture along with our consultants AECOM, designers ARUP and Roughan & O’Donovan and many sub-contractors and suppliers to deliver this project.