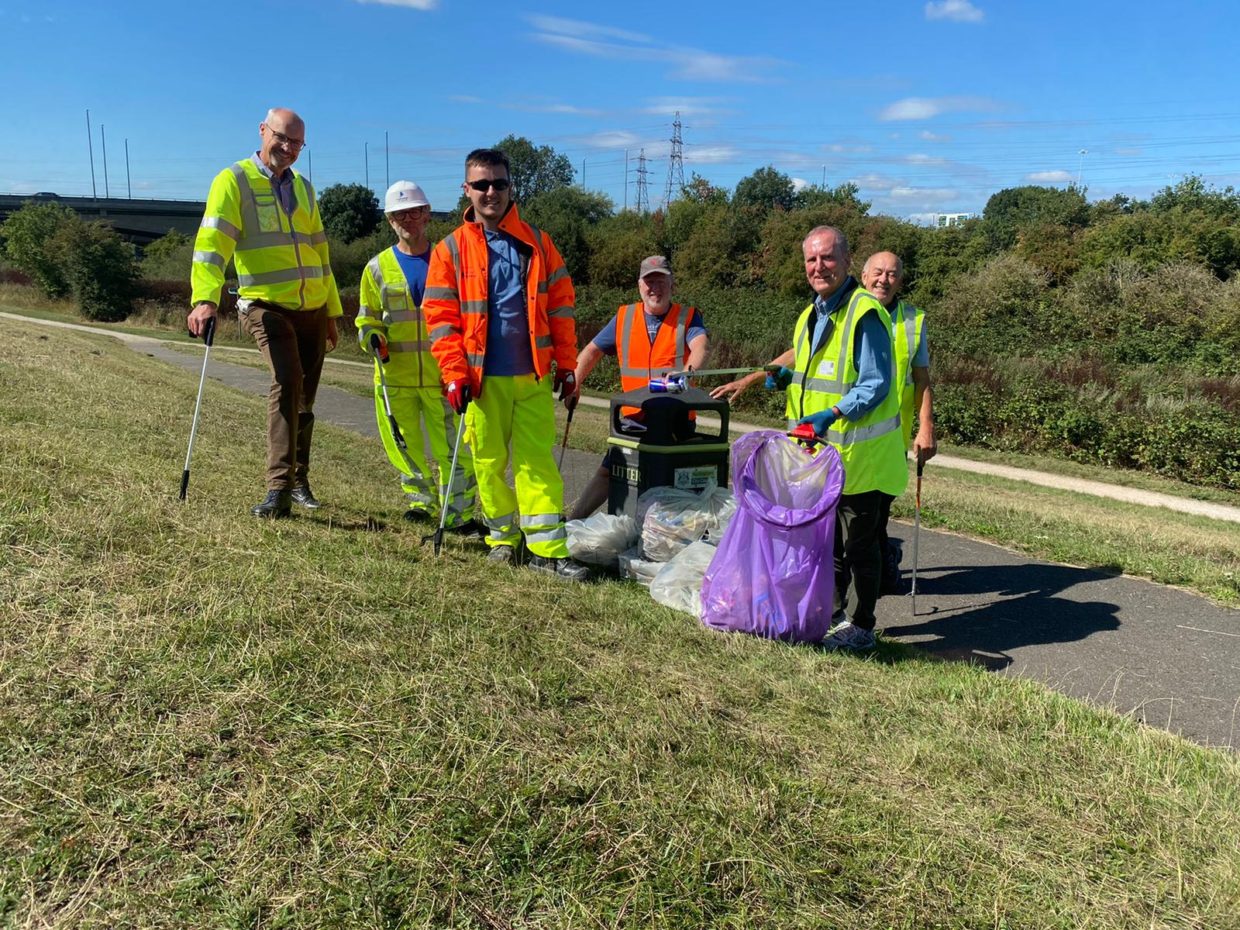 Our JV team from Farrans and Alun Griffiths (GFJV), who are delivering improvements to four junctions on the A52, joined our client National Highways recently for a litter collection.

Our volunteers tackled the area around Silverdale roundabout, one of the busy A52 Nottingham junctions we are improving.

Three teams of 22 volunteers took to the roadside to clear away discarded pop bottles and crisp packets which had been thrown into the verge.

Over 60 bags of litter were removed from the roadside.

Working in partnership with Keep Britain Tidy (KBT), National Highways organised the event on Friday 26 August with help from contractors GFJV and Amey. Every year National Highways removes around 200,000 sacks of litter from the country’s motorways.

The A52 is the key east-west link across the East Midlands. The route is subject to congestion at its junctions, due to capacity issues, resulting in significant queuing and delays. The project we are delivering will improve safety; with changes to the junction layouts to reduce congestion and turning conflicts and introducing traffic lights to manage the flow of traffic through the junctions safely and more effectively.

Caption: Volunteers from National Highways helped spruce up the A453 in Nottingham